Cape Homeowners May Get Relief from Flood Insurance Rate Hikes 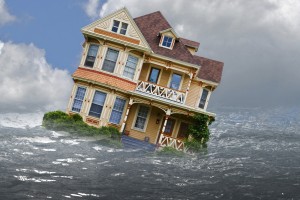 The proposed legislation, An Act Relative to Flood Insurance, would prohibit creditors from requiring homeowners to purchase flood insurance in an amount that exceeds the outstanding balance of their mortgage, requires coverage for contents, or includes a deductible of less than $5,000. Tying the amount of coverage to the outstanding mortgage balance, instead of the replacement value of the home, would lower premiums for the homeowners impacted by the new change. Homeowners would still have the option of purchasing a greater amount of insurance.

“These new flood insurance changes are going to devastate many families and businesses in our coastal communities,” AG Coakley said. “We continue to urge the federal government to delay implementing these changes until they’ve followed all the steps required by law. In the meantime, this state legislation can help mitigate the impact of these costs on families and businesses. I want to thank Speaker DeLeo for his leadership on this issue, and also thank Representatives Cantwell and Bradley and Senator Hedlund for continuing to shine a light on the impact of these significant policy changes.”

“As Speaker of the House and a representative of a coastal community I have become increasingly concerned about the changes being implemented by FEMA regarding flood insurance,” said House Speaker Robert A. DeLeo. “My priority is protecting Massachusetts businesses and families, whom Washington’s new system puts into peril. I am pleased to work with Attorney General Coakley to do what we can to resolve this problem at a state level.”

The legislation requires banks to provide a notice to homeowners, before paying for federally-mandated flood insurance, explaining that insurance coverage tied to the outstanding mortgage amount will only protect the current mortgage interest, and may not be sufficient to pay for repairs or property loss after a flood.

In response to the devastating impact of the new federal policy upon homeowners, AG Coakley has already called for a delay in the implementation of flood insurance hikes under the Biggert-Waters Flood Insurance Reform Act of 2012. In a letter links to PDF file to Congress sent earlier this month, AG Coakley requested that the new bill be delayed until the Federal Emergency Management Agency (FEMA) complies with Congress’ mandate to undertake an affordability review and a peer review of the new flood zone maps. Insurance rates under the redrawn maps will not only increase for those already in the flood plain, but many homeowners and small businesses will be required to buy flood insurance for the first time. Some are now required to purchase flood insurance at costs of $10,000 and up.

By eliminating various federal subsidies in the National Flood Insurance Program (NFIP) and requiring the redrawing and expansion of flood zone maps, Biggert-Waters will pose harsh economic consequences for many homeowners and small businesses in Massachusetts and across the country.

Flood insurance is compulsory for property owners with mortgages located in certain zones on Flood Insurance Rate Maps. These homeowners and businesses have no choice, nor do the banks that service their mortgages, but to have flood insurance. Even properties in the new flood zones that do not have mortgages may still be affected, due to heightened building requirements or lower market demand for those properties.

This entry was posted in Articles, Homeowners Insurance and tagged Insurance. Bookmark the permalink.